Scorpions are defined as people who see the world in black and whites. Either they love or they hate, ‘Sheer’ is the word which defines or may be completes their emotions. Hatred or veneration, the two expressions encompassing the lifelong feelings these people possess. They sting, they bite or they protect, own and possess. It’s hard to hate someone even if he suffocates you to death. But it’s harder to adore rather hardness reaches impossibility.

Trust me…coz’ I’m a scorpion with a sting, myself! Absorbed in my self-proclaimed conceit I barely take out time to even like anyone. The probability of this improbable likeness can reach negativity..in numeric terms of course. It doesn’t mean that I hate everyone I meet rather it implies that it’s as difficult to get out of my ‘sheer hatred’ list as difficult it is to get in.

Imagine; when you hate someone so much that you can’t even take their name or you love someone so much that their name sticks to your tongue like a blister. But the issue is that you think and think, constantly and continuously about both. One thought about the extremity of admiration and the other about vengeance. These staunch thoughts scuttle your sense to differentiate between greys and whites.

With this philosophy of hate and love, a person becomes too stringent to ponder any further. Visualize, you have a list or division where everyone lies in a particular column. With everything defined and explained, with no intention of revisiting the credentials…you live in a world too rigid & beyond control.

Though appearing emotionless or rigorous, a person with such a strong head also thinks. Sometimes unwillingly a person like me also becomes awed with someone’s sensibility. Someone’s sensibility to observe, remark, scrutinize and think might also appeal as unmistakable and rational to me. Though lying in the hatred matrix of my listing, I might sense the sensitivity of the person behind the disgust I possess. The ability to look beneath the camouflages one hides under is certainly an ability which I think I’m blessed with. I might not like someone but I surely can appreciate the compassion and ability behind that person. 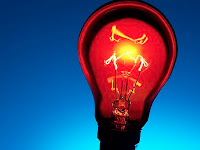 It might appear vague or irrational, that how a person who either loves or hates…also appreciates. But yes it happens; I appreciate the thoughts, the intellect and the passion of anyone. My sheer hatred or sheer admiration doesn’t get in my way when it comes to the sensibility. Because mostly the people I hate have the capability to challenge my thoughts. Call it self-obsession, arrogance or simply self love but people who can challenge my thoughts and divert my sensibility certainly inspire me. Inspire me to re-think and revisit the philosophies about life. They might be not likable or rather revulsion is the feeling that incurs for them. But inspiration which instigates respect is unavoidable for them. I might appear stern and harsh to everyone I hate, but the respect and reverence I possess for one’s intellect never gets over-powered by my personal vengeance.