Let not the coldness, sharpness or stiffness of a person fool you…every person, either as sharp as a brutal knife or as fragile as block of sand, has an inspirational figure in his or her life. This figure not only inspires him to breathe and live rather it can explain the meaning of life to him without saying a word. Mere presence of this figure leads to a surge of motivation, an electrical surge to stand up for whatever his motives are.

Some might assess this as a figure who is your partner in life but I would strongly negate this fact. It could be anyone, anyone from your mother to your neighbor, from your wife to your paper boy…anyone who inspires you to live and feel the soul within you!

But when the inspiration ignores your existence or doesn’t acknowledge your feelings…. it hurts. Have you ever imagined a scenario where this enlightening being not only ignores rather brutally negates your emotions?

You’re so helpless when your admiration is perceived as a source of pain & your expressions considered as cold as the frozen dead body kept in the refrigerator since its presence can terrify the near ones!!!

In the beginning you try and try harder to rectify and appease the situation but alas! Every attempt you make renders another mistake which is bigger….. Till, a time comes when all your efforts and hopes are crushed like rusty leaves crushed by ruthless pedestrians! 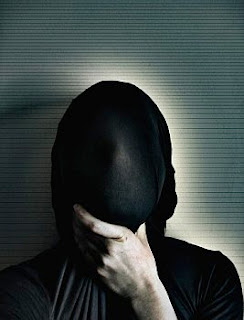 Why people see the expressions on your face or take your coldness as hatred? Why the world belittles the meanings behind small gestures?

They all can see the unemotional nature of a person but can’t understand the intensity of passion underneath that! Some people born with the inability to express are also born with the ability to love someone to the extreme… but why they exaggerate the former and ignore the latter!

One can survive if it’s the world who misinterprets your coldness as hatred….but the soul fades away if it’s the one who inspires you!

2 thoughts on “Intensity of Passion can exterminate your Soul…”