All the news channels and media sources are bombarding the audience with the spot-fixing scandal and involvement of Pakistani cricket stars in it. We see people from within and across the borders loathing and detesting this act of Pakistani cricketers, without any confirmation of the evidences.

Pakistani cricket team was the only custodian of a positive image of Pakistan and Pakistanis in the international scenario. People and even other cricket stars admired our talented fast bowlers and inspirational boom boom sixers. We as a team maintained a certain level and despite of our ‘some unexpected performances’, our stars and team was always considered a top class team which had the capacity to beat the world’s top class team with its young lads. But this spot fixing scandal has not only ruined the international image of Pakistan but has also crushed the dim rays of hope of all Pakistanis.

Spot-betting and match fixing scandals are not new to the world, every team except a few gifted ones has tasted this humiliation. But nevertheless, the humiliation has been escalated to sheer degradation for the Pakistani team! Why is this so? Why this scandal has which is still unproved, open to criticism by all?

I reckon this gibberish criticism and hatred speeches by people across the borders are a result of our inner weakness. Our core is not strong enough to support their players in such issues. Whenever such an issue has been raised the respective country’s cricket board and media has taken measures to suppress the matter with as minimum allegations as possible.

Let’s take an example of India, a country known for its gambling and spot-betting industry. An estimate shows that India generates revenue of US$ 1 billion from big matches. In 2008, former Indian federation President Inderjit Singh Bindra himself admitted that the budding gambling and match fixing problems in India can only be solved by legalizing gambling.

Keeping these facts in mind, let’s review the consequences when Indian cricketers faced the allegations of match-fixing. Ajay Jadeja and Mohd. Azharuddin were not only accused of match fixing but evidence of call records and illegal transactions left nothing to prove their innocence. Ajay & Azharuddin had contacts with a number of bookies e.g. Uttam Chand, Shubhan Mehta who offered them handsome money. Despite of all these facts, ICC was unable to take any legal action against these Indian cricketers and wasn’t able to arrest or perform legal charges in court. This wasn’t because ICC had a personal preference for these cricketers rath

er the Indian cricket board was strong enough to take a stand and solved the matter with care. They neither created mellow dramatic documentaries loathing their own cricketers nor did they allow any other country to barge in their matter. Minimizing the charges, both cricketers were separated with respect and hence we see Ajay Jadeja as a cricket expert of NDTV and coaching domestic cricket teams for tournaments.

Now, coming to the case of Pakistan, let’s review the stance taken by PCB, our media and the government to protect our image. Pakistani cricketers when accused and blamed to be a part of this scandal tried to seek refuge and help from their Government and PCB. But as expected, Pakistan cricket board has maintained minimal involvement in this issue. Strict orders were issued to not take action against these players until any evidence is recorded. Instead of playing an active role in analyzing the validity of evidences, PCB has taken aside once again losing its right to Scotland investigation team like Muhatrma’s Benazir’s murder. PCB could have attained the rights like Indian cricket board to solve and resolve the matter under its jurisdiction but it’s like PCB is rather the Pakistan board of any other sport than Cricket!

Let’s take a look at the role of media in this crisis. Pakistani media has maintained its stance to criticize its own players as if it gives them self satisfaction. Every government official, non-official, cricketer or ex-cricketer has taken the opportunity to come and criticize their players on camera. Instead of hoping for their clearance, every political animal, sports personality or news anchor seems to be emphasizing the ‘Anti-Patriotic’ act of these players. But what they don’t realize is that humiliating their national representatives on international media is itself an ‘Anti-Patriotic Act’. 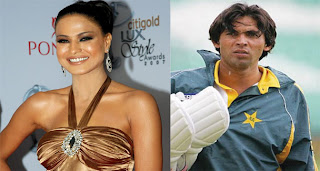 On the top of it, our popular drama queen Veena Malik has taken the opportunity to take out grudges against Mohd. Asif by providing proofs of match fixing against him. In fact, she has gone aboard to give special interviews to Indian news channels for this purpose. As a NDTV reporter states “Then she tried to tell me that all matches are fixed. I don’t know why she approached me. That’s the question because I never called her,” Dixit said. She claims that she was managing six to seven Pakistani cricketers and knew about their plans. But in this matter she forgets that she is accepting her involvement in this spot-fixing scandal herself!

No wonder these acts of indecency of our media and silence of PCB has opened gates of unwanted criticism for Pakistan by the world. Kapil Dev, an ex-Indian cricketer comments that people who can forge their country are not trustworthy at all. The British press releases news clipping about Pakistani cricketers saying “They are the poor relations of the (cricket) world when it comes to getting paid and so the temptation is there to supplement earnings. The fact the Pakistan players have been prevented from taking part in the lucrative IPL because of the poor relations between Pakistan and India doesn’t assist in that matter.”

Once let open, the international media doesn’t get satisfied by only criticizing the Pakistani World cup champs. In fact they want to whither their existence in the sports arena. Former ICC chief Malcolm Speed has claimed to ban Pakistani team’s existence in the cricket scenario. Former England captain Michael Vaughan said that he doesn’t see Pakistani team getting out of this one!…the list of such press releases and shameful comments can go on.

But the main point to reiterate here is that the branches carry fruits only if the root can bear the weight. Yes, the world doesn’t dare to mess with those who are strengthened from within. These scandals aren’t new, from Australia to India; almost every country’s team has been accused and alleged of such crimes. But none have been humiliated and planned to ‘banned’ from the cricket’s world. This is because their cricket boards took a stance to solve their matter within the system, their media supported their innocence and their politicians didn’t loathe their ‘anti-patriotic spirits’. I think once our country learns to take stand for its own people, no one in the world can harm us with their desperate attempts to disparage us as a nation!